A poster campaign with artworks by:

Time for Outrage! is a poster campaign that gives acclaimed artists and members of the public a platform to voice what they are outraged about in the world today.

The project is a response to the eponymous book Indignez-Vous! (Time for Outrage!), in which author and French Resistance member Stéphane Hessel (1917-2013) tells the youth of today that their lives and liberties are worth fighting for. Remembering the ideals for which he risked his life, while never forgetting the evils against which he struggled, the writer and diplomat calls on all of us to take back the rights that have been jeopardised or taken away all together.

In California Über-Alles, Jake and Dinos Chapman serve their audience with a provocative juxtaposition of emblematic symbols of mass culture & totalitarian ideology. The disconcerting effect aims to challenge the traditional notions we have about symbols of evil & happiness.

The text Laure Prouvost designed especially for the campaign states the condition of the contemporary viewer, who even though passively watching what surrounds him feels outrage about what he sees.

The poster by Linder Sterling, Pretty Girl, made in 1976, regains its relevance today in the contexts of mass selfie-obsession.

For the campaign, Robert Montgomery has created a new billboard poem offering the public to question the topics of borders, city and immigration.

The posters by the members of public were created during the free workshop held at Ace Hotel London on 1st July during the second edition of Art Night in collaboration with Portable Print Studio.

The London campaign is initiated by Alteria Art in collaboration with Zarina Rossheart of Unlimited Productions. 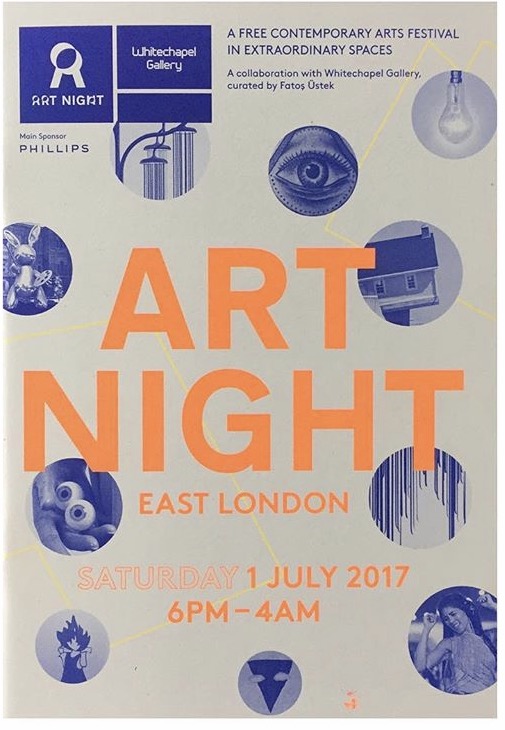